Congratulations to Gema Cardona at CC Winn High School! Gema was selected as qannection.com’s 2014-2015 Ambassador of the year. Gema received a brand new Dell Chromebook for her efforts to recruit more GEAR UP students on her campus to login to qannection.com and seek academic assistance. Thanks for all your hard work Gema! 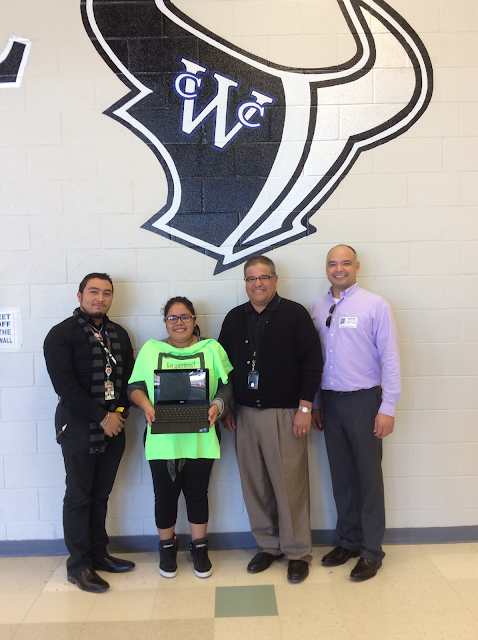 On December 11th, 2015 the Cosmetology Skills USA Members (Helpers) and sponsor Ms. Veronica Alatorre did their  Annual Angel Tree Contribution by helping deliver a smile to a child and help make a difference in their daily lives.

These students placed much love and dedication to make Our Traditional Angel Tree possible. Students found every resource to make this event possible, they requested  donations from teachers and students from both of our campuses C.C. Winn High School and Eagle Pass High School. Every year we tend to grow and reach out for those families in need.

Students say “It’s been a great satisfaction and experience to be part of this event.  We were able to see how we are so blessed to help others in need.  It’s a feeling beyond hard to explain to be able to see children when they unwrapped their gifts, spreading that Christmas Joy!
A Special Thanks  to everyone that helped make this possible.

Wishing you and yours a very Merry Christmas!!

-From EPISD Faculty and Staff. 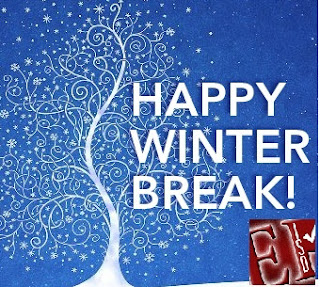 Co-founder to Eagle Pass HEROES Wendy Maurer stated, "I'm very blessed to work for EPISD and service those with special needs. Our district provides amazing supports in our classrooms and we want to also contribute to that gift of giving this holiday season. This is our first giveaway of many and we randomly pick Sam Houston Elementary out of a drawing." For more information Eagle Pass HEROES you can email them at eaglepassheroes@gmail.com. 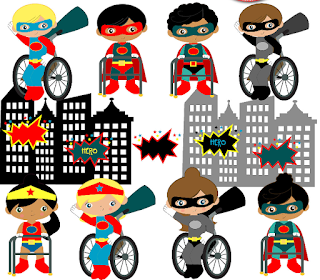 It is not unusual for the faculty and parents at C.C. Winn High School to have a great sense of pride for their school, now when you combine the two titles of FACULTY and PARENT you create a very unique and dedicated group of adults that support the student body 100%!
This dedicated group of adults are the Thundering Maverick Band Boosters and PTO, who surprisingly are comprised of a large group of faculty and staff members.
Mr. Jesus Diaz, Principal of C.C. Winn High School, met with these individuals to acknowledge the support for their students at games, competitions, performances, and every day life in and out of classrooms.
These individuals along with Mr Diaz Weaver truly embrace the notion that WINN is FAMILY! 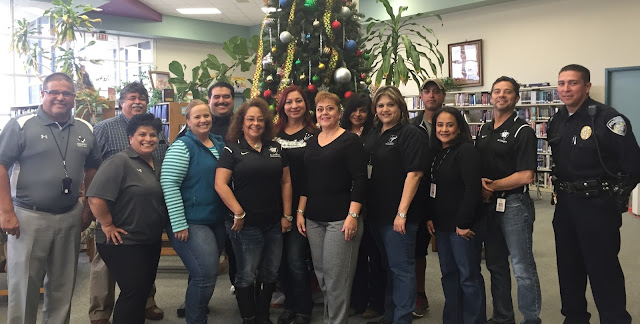 The Mighty Maverick Music Program wants to make your holiday season
Merry and Bright!
Make plans to attend this festive and fun and FREE event! 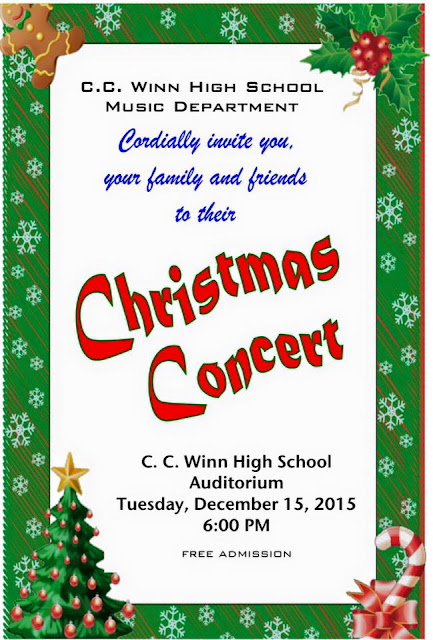 Christmas on Main Street is AROUND THE CORNER 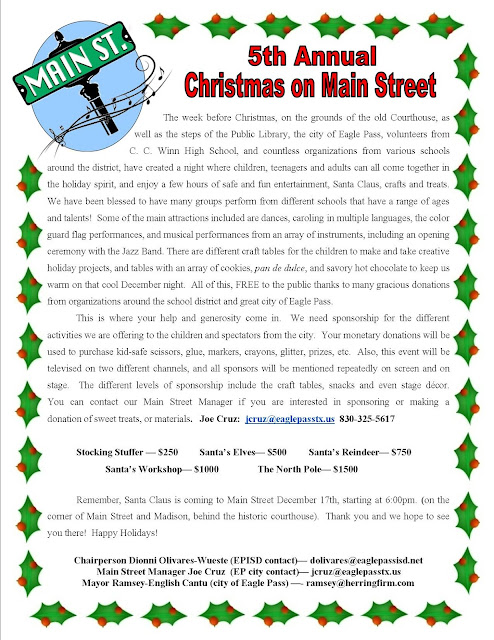 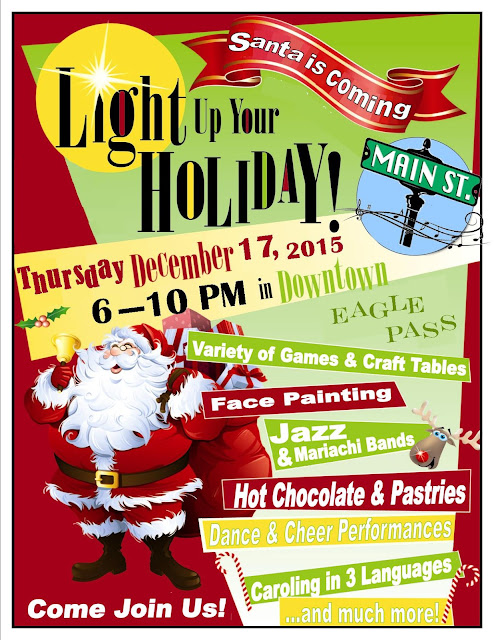 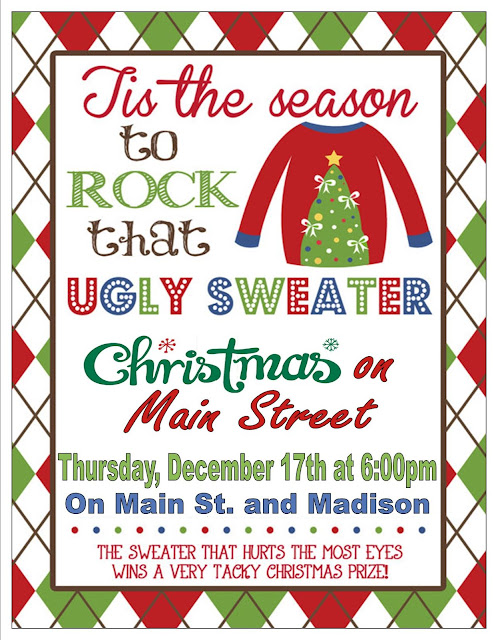 The Eagle Pass ISD would like to congratulate all 2015-2016 Academic All-State award recipients from CC Winn High School. We understand that students’ performance in the classroom can sometimes be difficult to manage while participating in athletics, but their hard work has NOT gone unnoticed. The Texas High School Coaches Association Academic All-State Teams recognize high school athletes who excel in the following categories:
- GPA
- Class Rank
- ACT/SAT score.
We applaud them for their commitment and dedication to perform with the highest of excellence academically and on the field or court. We also would like to congratulate Coach Eric Villasenor and the entire Maverick coaching staff! Way to go WINN!
Posted by Eagle Pass ISD - iVision at 1:25 PM

The Eagle Pass Independent School District has partnered with local businesses throughout our city to highlight the Teacher of the Month program, which honors educators who have made a difference in our community.  The program recognizes outstanding kindergarten, elementary, junior high, and high school teachers in Eagle Pass, Texas.

Mr. Reginaldo Gonzalez, of Memorial Junior High, has been selected as the “Teacher of the Month” for December 2015.  Mr. Gonzalez merits this nomination because he embodies all the characteristics of an outstanding teacher.  He has been described as the type of teacher requested specifically by parents because of his success within the classroom.  Over the past 12 years, he has showed consistent success with his student’s performance on the state exams.   One of the reasons is that he has high expectations for all of his students and expects nothing less.   He gives them the confidence they need to tackle each “problem” and follow through with the techniques and methods he teaches in lecture.   Mr. Gonzalez goes above and beyond when it comes to helping his struggling students as well.  Anyone who is in education knows that mathematics is a very demanding subject and students need to be able to apply what they know to be and maintain success.   Mr. Gonzalez makes sure that every student has every resource that they need to be successful.  For years Mr. Gonzalez has given additional support to all of his students by offering offers afterschool tutorials without pay.

Not only is Mr. Gonzalez and excellent example for his students, but also for the staff at MJH.  He has been described as a great colleague and has been a mentor for many of the new teachers at MJH.  Overall Mr. Gonzalez is a role model for student success, professionalism, and dependability.  It is for all these reasons that he has been awarded the Teacher of the Month for this December.

A segment will appear on iVision throughout the month of December detailing many more accomplishments of Mr. Reginaldo Gonzalez.  This month he will also appear on community media, news publications and the EPISD website.

A teacher will be selected each month through June 2016 for a total of nine (8) honorees.  The “Teacher of the Month” will be chosen based on educational achievements in the classroom, community contributions and innovativeness of the program/techniques used by the teacher. The “Teacher of the Month” will receive a certificate of recognition and will be featured on iVision, local media news, news publications and radio broadcasting.

Each T.O.M is receiving a “V.I.T (Very Important Teacher) Parking Pass”, a jean voucher for a month, 20 free meals at the Campus Café, and Class Cash to purchase class room supplies. Additionally, each “Teacher of the Month” will receive donations from local businesses.  Thank You Ancira Ford–Eagle Pass, Ashley Furniture, and Bath and Body Works. 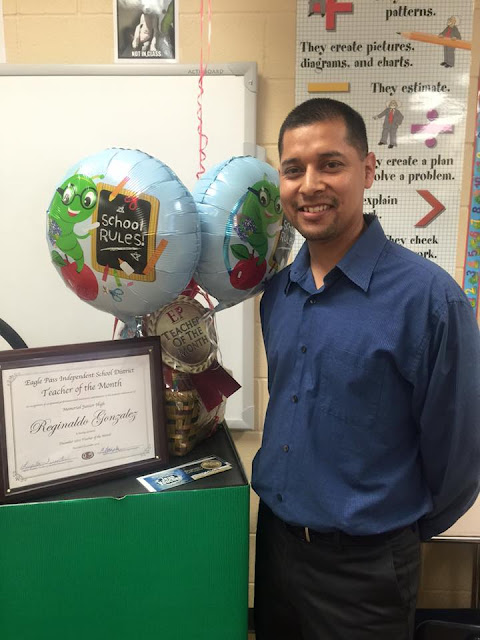 Ten-pin Bowling with our MOST SPECIAL ATHLETES

Although Bowling does not belong to the Olympic sports, it is among the most popular sports in Special Olympics. On Wednesday, December 9th, all four secondary campuses throughout the EPISD participated in a friendly competition at the Desert Lanes Bowling Ally off of El Indio Road.


This is the 5th year the EPISD participates in this annual competition and although CC Winn High School, Eagle Pass High School, Memorial Junior High and Eagle Pass Junior High students unloaded and arrived together, this sport allows a showcase of individuality of each athlete so that coaches can train and encourage growth in skills and accomplishment.  Bowling is a particularly beneficial sport to people with disabilities, irrespective of their age or sports abilities, since it ensures physical exercise and at the same time participation and social integration. Plus, it's great fun!
A big "thanks" to the NHS and the Silverline Dance team from Winn HS for the additional support to help and cheer on the athletes. 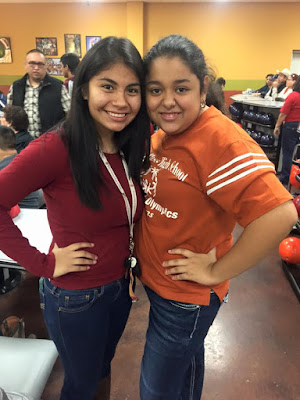 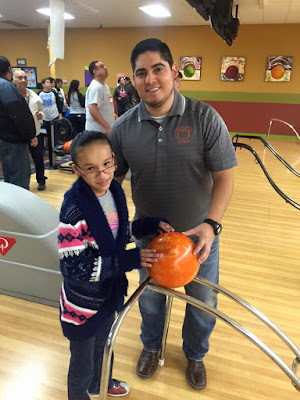 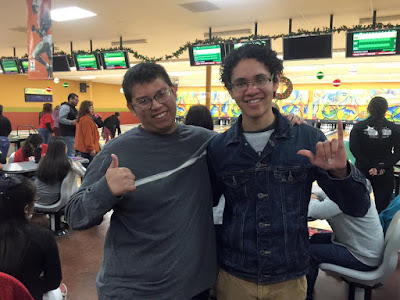 Principal Veronica Soto-Gonzalez had been identified as a n outstanding administrator and was nominated for the 2016 H-E-B Excellence in Education Awards! 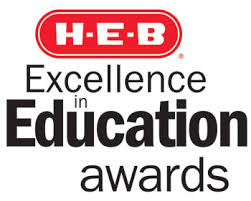 H-E-B launched the Excellence in Education Awards program in cooperation with TASA in 2002 as a positive way to support public education in Texas. The awards celebrate public school professionals whose leadership and dedication inspire a love of learning in students of all backgrounds and abilities.  This program is designed to recognize the accomplishments of  outstanding public school educators, districts, early childhood facilities and school boards across the state of Texas.  Since the  programs inception in 2002, more than $8 million dollars has been awarded to deserving educators.

A total of 10 regional finalists will be awarded $1,000 each plus $2,500 for their schools. In addition, one elementary school and one secondary school principal will receive $10,000 for themselves plus $25,000 for their schools.  Meaning Mrs. Soto-Gonzalez's participation in this programs could result in an award of $10,0000 for herself and $25,000 for Benevides Heights Elementary.

Congratulations to Mrs. Soto-Gonzalez, who continuously strives for excellence. You're already  a winner in our hearts! 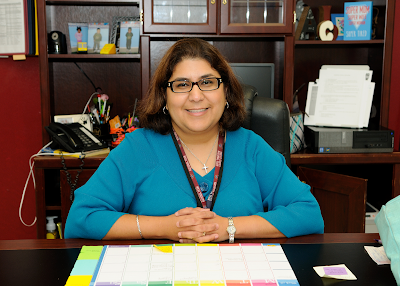 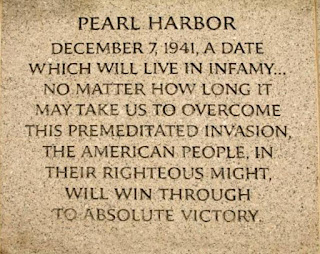 Peter Piper Pizza has been donating books to several EPISD elementary schools the week of November 30  - December 3 as part of their “Partner in Education” program.  Many students throughout the district will be among the beneficiaries of this generous program. Many Texas schools plan to use the dictionaries to assist students with their State of Texas Assessments of Academic Readiness or STAAR exams.


Peter Piper Pizza’s Partner in Education program is designed to help educators help our kids reach their dreams and the dictionaries are one more way they hope to make a difference in a child’s education.  A special thanks to Peter Piper Pizza of Eagle Pass.  Their donation shows an appreciation and value of a solid education. For that we sincerely thank them. 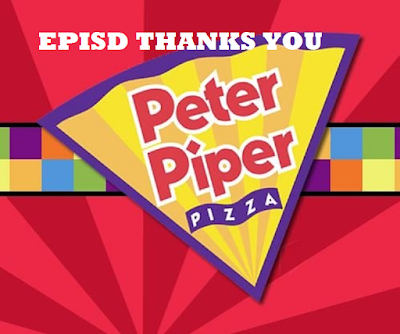